It Started with Serious Design Intent . . .

on April 19, 2009
Revit 2010 has introduced some new form making tools. For those who have spent some time in 3d modeling, the capbilities will seem very familiar, but their addition to Revit really opens up the possibilities for users. Basic overviews of the tools can be found here. One of the things that makes these tools unique is the ability to rationalize forms by breaking them down into smaller pieces.

For me, what you do with all the little pieces is where the fun stuff starts. The form in my last post is very simple, basically a dome. It is the capability to pattern the surface and design components to host into the pattern that gives it interest.

The basic building block of the design is a louvered panel system that can be flexibly configured on any arbitrary surface in Revit. 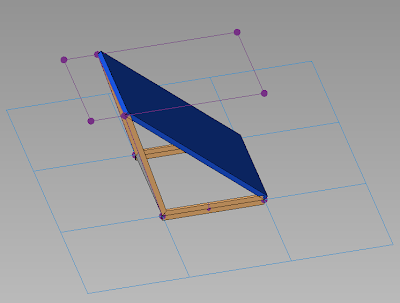 This panel basically has two controls, the angle of the louver, and the length of the shade. It was orignally made to be a sunshade that could optimize for shading across a complex surface in the summer, when the sun angle is generally very steep: 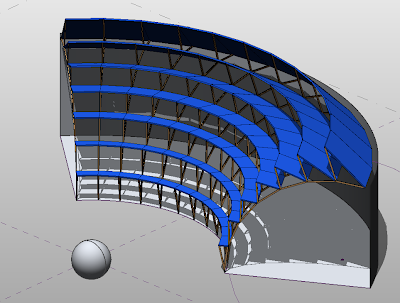 as well as allow in the maximum amount of sunlight at the darkest point of the year when the sun angle is low. Notice that the panels are in the same position in each image. 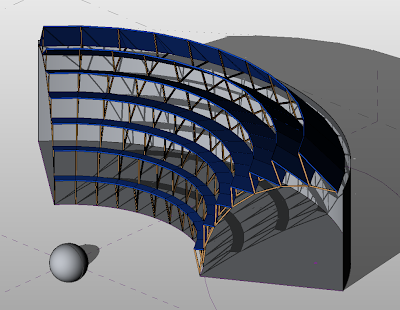