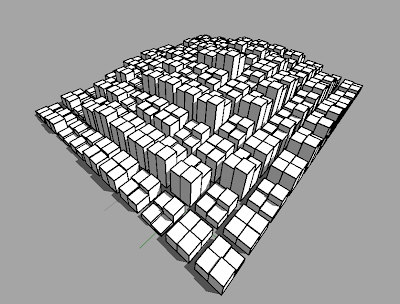 [Edit:  this is way easier now just using the installer found here: http://autodeskvasari.com/page/download-wips-1]
I've gotten a lot of questions about how to get up and running on the bitmap to panel plug-in that I posted about here

This is a relatively simplified and updated description of how to get a relatively simple Revit file up and running on release 2011. More details on how to operate it can be found here, but the following information should get you going.
The following assumes that you have Revit 2011 installed and are curious about API plugins


1. Unzip this file to some place on your hard drive
2. Move ParameterValuesFromImage.addin to the following place on your computer:
XP:

3. Open ParameterValuesFromImage.addin in a text editor (such as notepad) and change the path of this line


to where ever you unpacked the .dll file


<Assembly>C:\buildz\ParameterValuesFromImage.dll</Assembly>
4. Open PanelHosted.rfa
5. You should now have a new tab called "Add-Ins", with a button called "external tools".
6. Hit drop down in external tools, you should have "Set Parameter Values From Image data". Click this
7. Divided surface should become a blocky slope.
8. Edit PanelHosted.rfa_grayscale.bmp in an image editor
9. Repeat step 6.