“Use a function in a new domain and range.”

I’ve done some previous posts on this sort of work in the past, and it bears repeating.  Revit/Vasari handles equations quite handily, after you get the hang of unit conversion ( something like casting for you computer science types).  Generally the problem for users is figuring out how to get the math the translate into geometry. While there are both abstract (surface, line plane based) methods and more concrete (say, laying out a variable height grid of columns), I’m going to demonstrate the more abstract.

“Use sine and cosine functions in complete periodic cycles.”

In this example I am going to build on the sine curve that was built in this tutorial first posted Dec 26, 2010.  Open the file from here to start this tutorial.

The above tutorial shows the basics for hooking up a sine wave, or really any formula, to drive down into the most basic Revit/Vasari geometry, the point.  The result is a family that is “smart” in a very particular way, it can translate an x coordinate into a resulting y coordinate for a particular equation.  Then you can uses this tool inside an adaptive component that will, through 3 pick points, define the start of a wave form (origin), the end (or range) of the wave, and the height of each wave (amplitude).  Numerical controls are created that allow for control of how close together each wave is (frequency), and where along the wave you begin your calculation (translation).

The following rather lengthy video doesn’t really reproduce the examples shown in Woodbury’s samples, but it does address the spirit.  The idea is to flexibly create variations of a formula driven piece of geometry.  The family that is created in this video allows for users to move around a sine wave in various ways.  If my math was a little better I could have better fidelity to the GC examples. 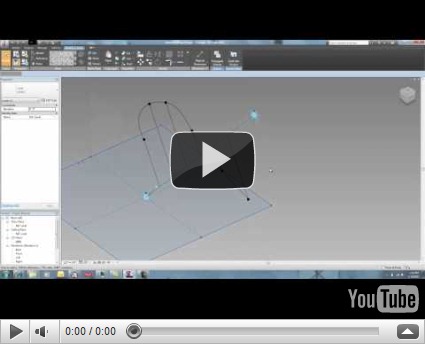 And a little more video footage, this one is just playing with the resulting family to create a roof form. 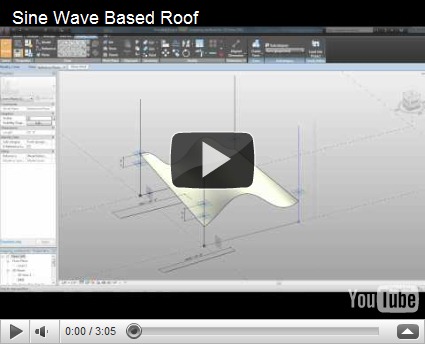