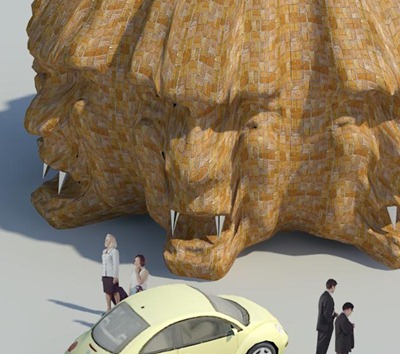 It’s time to announce the winners for the 3rd Annual Parametric Pumpkin Carving Contest.  As always, we have the Baddest, the Goodest, and the Mostest Parametric;

Goodest: The pumpkin that gets to the wholesome essence of both Jack O' Lanterns and the design platform on which it was built.  Free of workarounds and hacks, this winner is a model of both creativity and good citizenship.

Mostest Parametric: The pumpkin that is shaped by rules and variables, that is definite yet infinitely flexible.  It not only defines a particular look and feel, but conveys the possibility of endless variation.

A summary of this year’s entrants:  you people are just crazy.  We at Buildz realize that, in expertly providing practical notes on impractical things, we may attract the more fringe members of our already niche community.  But this is just BEYOND.  Frankly, I’m more than a bit awed by these submissions.  My descriptions here can only serve as a fanboy introduction, please take a look at the files and accompanying documentation links to get a real understanding of the imagination and analytic genius hinted at in the images. 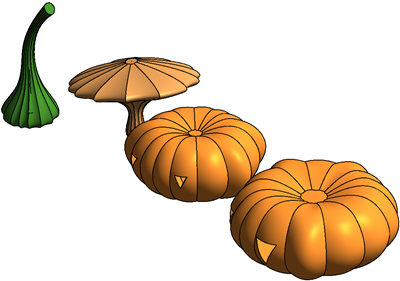 Call me sentimental, but Andy Milburn’s 6 part epic examination of the formal and structural qualities of a pumpkin actually brought a tear to my eye. For me, this is really what it is all about. His conclusion, that “pumpkins and Doric columns can be treated as homologous structures” strikes me as profound, and funny, and deeply accurate. 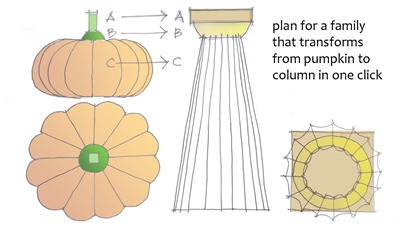 As with previous Goodest recipients, Andy goes to the wholesome center of both the jack o’lantern and the platform in which he makes it. He has done the seemingly impossible and made the design of a vegetable and a classical architectural structure identical. It is BIMy, goofy, and exceedingly architectural. 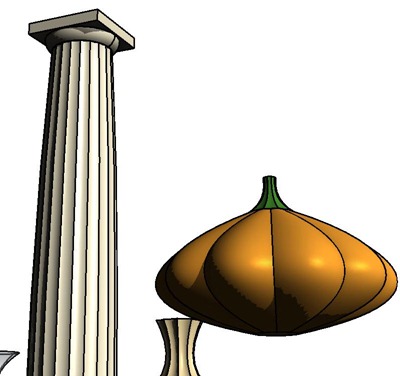 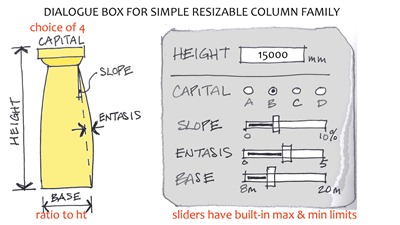 While a close second for Mostest Parametric, what puts Andy’s stuff over the top for Goodest is there are no hacks or workarounds that I detect. This is a good old fashioned office friendly Revit pumpkin. Take it home to meet your BIM manager and she’ll ask it to stay for dinner.

If you have not visited Andy’s site, Grevity, please go there now.  There are 6 pumpkin related posts for October. 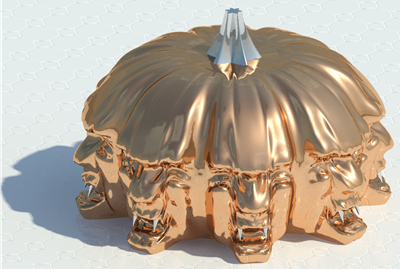 In the grand tradition of baddassery, that lineage of people, animals and objects that you DON’T want to piss off  (0r, alternately, you DO want to have on your side when you get trapped in the toolshed with zombies chewing on the doorknob) we find Marcello Sgambelluri.  His monster pumpkin will turn you into pie before you can say “trick or treEEEEEEEEEEEEE!”

Speaking of pie, it also operates with a Slider parameter that turns it into a can of pumpkin pie filling!  Aaaaaaahhhhhhh!

There are six nested profile families and a list of parameters as long as my arm to drive this beast.

As with previous Baddest recipients, Marcello does unspeakable, tortuous things to the platform (Revit).  Think of Marcello as Marsellus Wallace, pondering how to make this form: “I'm gonna call a couple of hard, pipe-hitting n****s to go to work on the homes here with a pair of pliers and a blow torch.”  Just thinking about what he had to do to Revit to make this work makes my fingers bleed.

Due to certain laws in the states of Georgia, Texas, Louisiana, and Yemin, I am not allowed to distribute the actual .rfa file for this model.  To find out how this was really done, you are going to have to attend his class at RTC.  Under 18 not admitted without an adult.  (There is a PG-13 version available in the downloadable zip.) 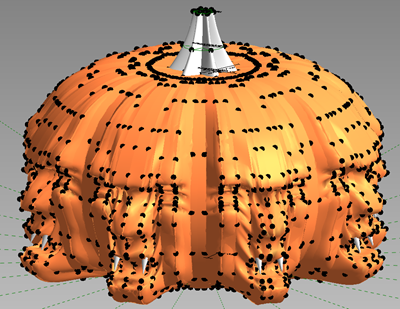 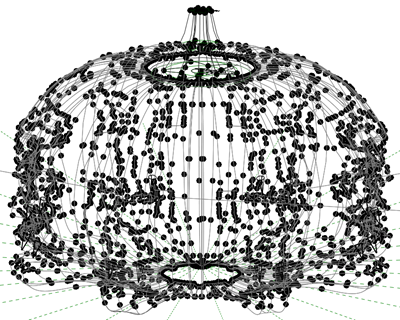 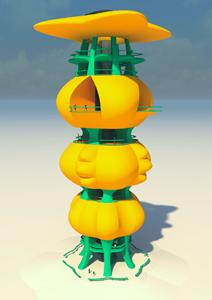 Ritchie Jackson takes us back to school with his Centrum Cucurbitum.  Along with images and models, he includes a document “Centrum Cucurbitum:  Investigating Pattern Flexibility”, a well considered study of the use of  end user programing in Revit to enhance BIM.

Ritchie employs C# programming on the component scale, using his code to generate element variations.  “All the buildings elements were created using a common parametric model driven by twenty-three input variables. The idea was to determine if this single pattern was flexible enough to provide a sufficient degree of articulation and variation for the components of the design at hand.” 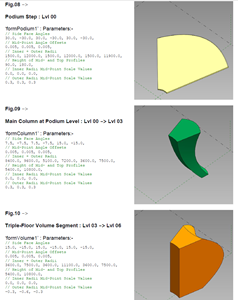 These components are then manually assembled into a larger structure. 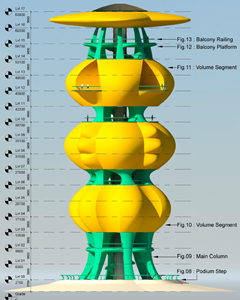 While there is no larger parametric control of the overall building form “the parametric commonalities of these parts lend themselves to be governed by a meta-Jig”.  There is a common parametric language that all the elements share, allowing them to be reassembled into harmonious relationships.  The systematic creation of unique parts allows for a systematic but flexible assembly.

Ritchie’s implementation in Revit is understood as only one possible way to realize a more generalizable parametric methodology.  “Whilst Autodesk Revit was used to create the parametric form and some of the issues raised are specific to that package the process could be implemented in any one of a number of other applications.”

This is an excellent case study of how to use “out of the box” parametric tools in conjunction with end-user programming.  Along with Ritchie’s document describing his process, there is a Macro enabled rfa file that includes some of the code for your own education and amusement.

While the Goodest, Baddest, and Mostest Parametric are called out for their jaw dropping pumpkin acrobatics, there are a number of other submissions that I want to mention. 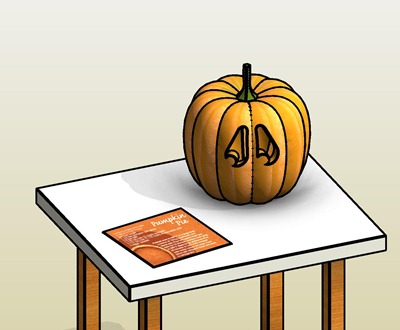 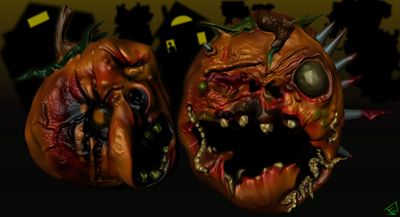 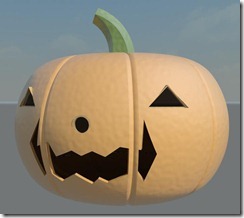 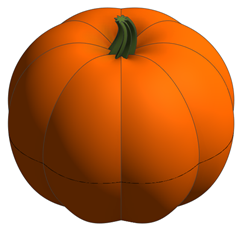 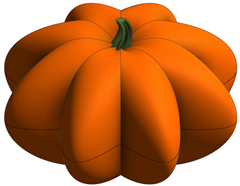 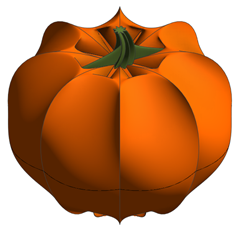 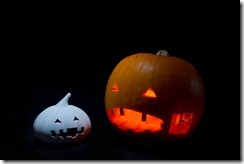 To the Parametric Pumpkin Class of ‘11, my cup runneth over. Please please please, take some time to look at the files and documents for these projects, there are important lessons to be learned in each.   Thank you so much, we at Buildz are honored and humbled by your contributions.