Welcome to Part 3/4 of our guest series of posts by the illustrious Joe Kendsersky.  Find Part 1 here,  Part 2 , and Part 4.

In Rhino we can quickly create components that can be used as Revit families. We can import geometry into a Revit family .rfa that could be used in a project. Why would we do this? There could be several reasons:

· The makeup of the project team - a team member could be skilled Rhino user and can produce several components faster.

· It’s the first design iteration and the components do not need to be parametric.

· The component could have unique geometry and it’s easier to create.

· The design of the component is complete and will not be iterated anymore.

Some notes before we create an example. Be aware of the insertion point being used when importing geometry from Rhino to Revit, given there may be the need to swap out components and we would want to prevent shifting when reloaded into a project. The imported geometry behaves according to the Revit Family Category that is used. The graphic appearance of the component (projection / cut values) can be controlled in Settings > Object Styles > Imported Objects.

1. In Rhino set the units and determine a common origin point to begin modeling, I recommend starting at 0,0,0. Now, create your component, for this example I created table using extrusions. 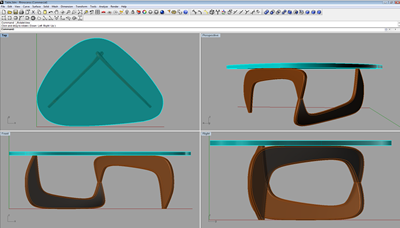 3. In Revit create a new family, for this case we’ll select the Furniture family .rfa because we’ll want to be able to quantify the number of furniture components in the project.

4. Go to the Insert tab and select Import CAD and pick the .sat file exported. 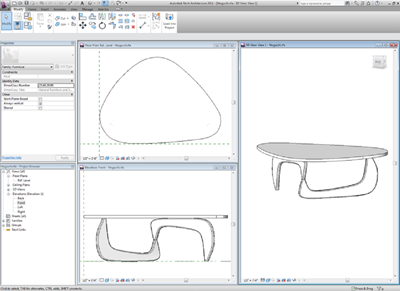 6. We can now load the table .rfa family to use in a project. In this example, we have demonstrated how you can create components in Rhino to be used as Revit Family components. 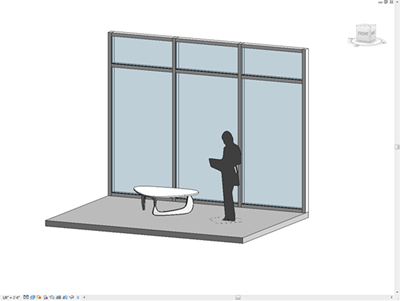 Next we will discuss moving data from Revit to Rhino and back into Revit.

Joe Kendsersky is an Autodesk Green Beret who gets parachuted into customer offices to smooth over the bumps on their road to BIM victory.  This job is also referred to as “Customer Success Engineer for Revit Architecture”. One of his major roles is to insure the success of new and existing customers as they move from pilot to production and provide Autodesk with deep insight into product usage and customer experience. Joe is trained as an architect and joined Revit Technology in 2000, and subsequently Autodesk in 2002. Since switching into the software industry, he has continually worked to aide in the development of Revit and enjoys sharing new knowledge with all users.