While sending data out of Rhino and into Revit is pretty commonplace, I've seen a bunch of situations where folks need to go from Revit to Rhino and run into trouble.  Data is imported and doesn't show up, imported geometry is faceted, or in some way not what you're looking for.

Luckily, it doesn't have to be like this, you just need to change a couple default settings.  Here's how to get a nice clean, smooth DWG into Rhino 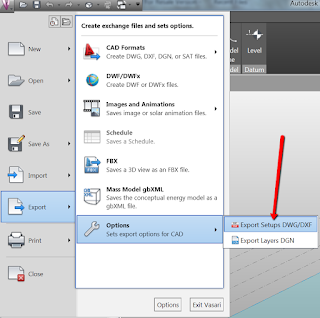 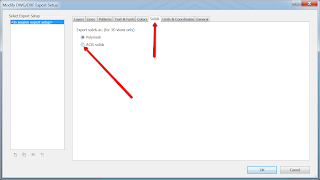 Every 3 years, the folks who make DWG update the file format and often times it takes a couple releases for other companies to incorporate the new file formats.  If you are using Rhino 4, you will be able to import the 2007 version of DWG, if you are on Rhino 5, you can import 2010.  However, the default setting in Revit 2013 and Vasari is the 2013 version, which Rhino will not accept.

So, while you are still in the export options dialog, wander over to the General tab.  In the "Default export options", change the Autocad 2013 Format to 2010 or 2007 depending on what version of Rhino you are on. 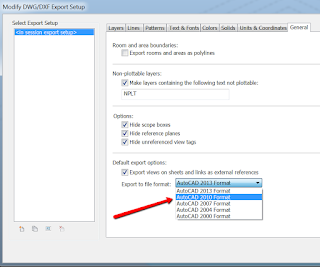 Alternately, you can also change the version while you are exporting 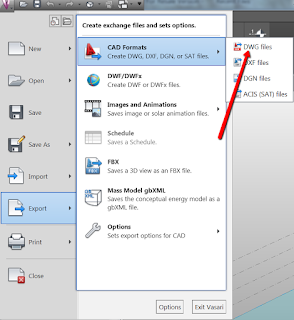 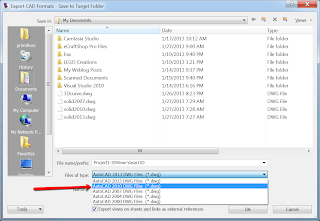 3.  WYSIWYG
Export is What-You-See-Is-What-You-Get.  Export a Plan view and you get some funny sliced shape.  Isolate or hide elements in a 3d view and you get what is on screen.  Knowing this, go to a 3d view, isolate/hide what you need or don't need and Export.  Import them into Rhino, and Unrollsrf, or Grasshopper, or Squish or whatever else you desire.