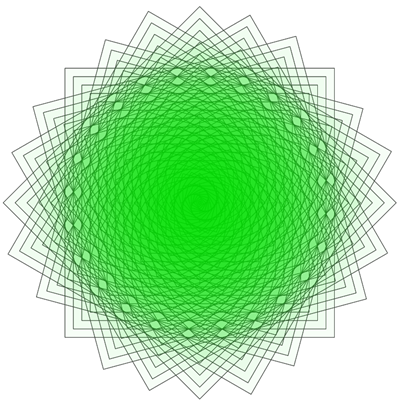 I’ve been a little crazy busy lately and haven’t had a chance to do posts, and now I’m feeling stressed to make a good first return post.  So I’m just going to diffuse that stress by showing a shiny thing with little substance, and worry about explaining the images later.  It’s basically the result of a little increment experimentation. 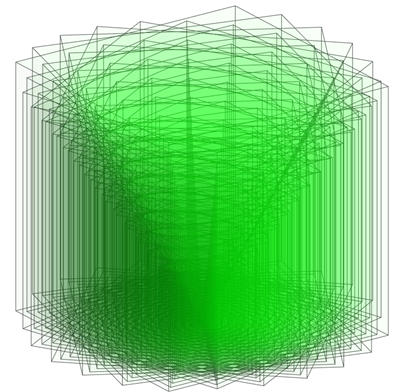 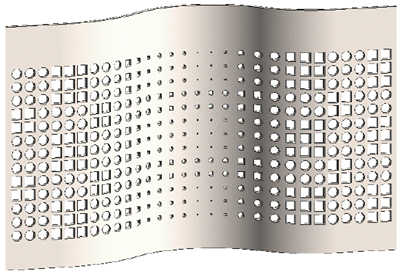 I’m coming a little late to the party, as David Light and Steve Stafford have already linked to this very cool teaser video by Tim Waldock for his class at RTC North America in a couple months, and Australasia RTC later this month . 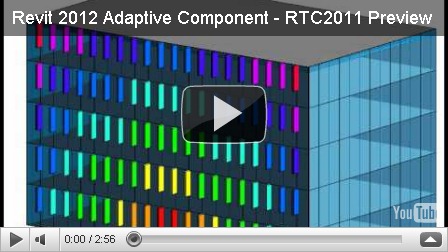 Tim also sent me the handout for this class, and I’ll just point out a couple features of what he’s going to cover.

What’s also valuable is pointing out what these tools lack.  Tim has a long list of very justified problems and limitations.  If you are already familiar with the tools, you probably know these, but if you aren’t, it is helpful to know about them before getting started.  Perhaps the most apparent are the limitations in array functionality, particularly in adaptive components.  He has several tips and tricks for working around and with the limitations in repeating many elements in a controlled manner.  But the availability of numerous workarounds really foregrounds the problems Revit has with this fairly basic need.

So if you find yourself in Orange County California at the end of June, drop into Tim’s talk and get yourself some knowledge.

Posted by Zach Kron at 9:17 PM No comments: Links to this post 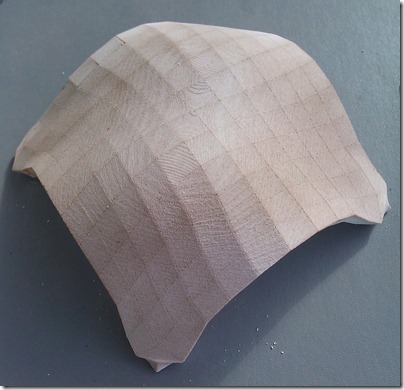 I have a guest post over on Olimpio DeMarco’s 3d printing blog.  Go check it out.  It’s a little exercise inspired by the nice folks at Eat-A-Bug 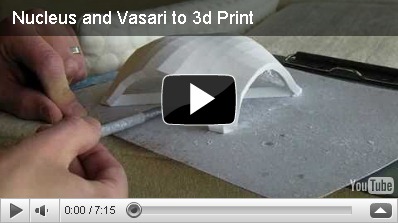 Nucleus and Vasari to 3D Print
Posted by Zach Kron at 9:17 PM 6 comments: Links to this post